The Therapeutic Blindspot in Trauma

How the roots of trauma are found in the heart of our finest resource.

Trauma can be like a repeating record, a time-loop, circulating through another kind of time. The same octave notes keep repeating, said one writer, until they get heard. Yet many trauma therapies come short in matching the compulsive sense of truth that can be the perfume of most traumatic experiences.

Many therapeutic models have a hard time avoiding either becoming an accomplice to repression (through trying to negate traumatic symptoms), or of dancing in tune with the client’s compulsion to repeat the story through different forms.


“Eradication of pain, deviant, or oppositional behaviors does not indicate healing; however, it can signify successful conditioning.”

Even when therapy is able to awaken vivid memory, there can be a lingering sense of incompletion: some question still left unanswered; as if a voice in the night is still lost and unfound. I am a victim and people are out to abuse me. Trauma can often form a kind of base melody to reality, a pre-decided, fall-back position, an inevitability that underlies no single event, but all of them. It can sometimes seem that our client is addicted, or compelled to remain in the traumatic state.

What is right with you?

The master of Zen Buddhism Thich Nhat Hanh often comments on our psychological attitude towards ourselves. When you go to a psychologist, he says, you are asked: “What is wrong with you?” It would be better, healthier and more effective, he says, for a therapist to ask: “What is right with you?” From this spacious dimension of true nature in the here and now, it is possible to work from empowerment with any problem that might appear. It’s a paradigm shift in the psychological approach.

The reason why trauma can often seem so hard to heal is that there is has been a critical error in our approach: an error which Nondual Therapy directly addresses. This error is found in our rather massive blindspot to True Nature or the living qualities of unconditioned consciousness. Each time we let a physical event distract us from the wider, living, existential flow of the here and now, we repeat the original disconnect.

Nondual Therapy asks the fundamental question: What is it that was traumatized? What was there before the trauma happened? What was whole, and suddenly appears to be broken? What seems to have been lost?

Traditional therapy often relates to horrific events, but not to that which was lost as a result of the events. The agenda is to ‘release’ (get rid of) the trauma. Yet this is in perpetual conflict with the sense of truth that pervades the traumatic memory. At worst, therapy might even try to medicate the symptoms of trauma out of existence. Again, while there might be temporary relief, this does not have the power to undo what has become the architecture of the personality. It can numb the feeling connection to deeper living resources, rather than encourage it.

In prioritizing the event of trauma and its effects, we have been looking toward the nightmare, rather than toward the awakening; toward the intruder, rather than toward the home that was violated. When we are in peace, and we get a shock of conflict, the peace is that which has been traumatized. When we are in wellbeing, and we get a shock of sudden pain, it is the wellbeing that has been traumatized. The roots of trauma, therefore, are found not in the trauma, but in the experiential space where the shock happened.

Surely, it is not the trauma itself that was traumatized. At least, not in the first instance. Therefore, the origin of trauma (the root of that which has led to isolation, denial, separation, and shame) is not to be found in the materialistic, physical arena of events. The root of trauma is to be found in that which became traumatized — for example, in the sense of freedom, innocence, belonging, wellbeing, home. Trauma literally means “Wound”. It is not the wound that was wounded, but the body in its natural health.

The Diagnostic and Statistical Manual of Mental Disorders (DSM-IV-TR)defines trauma as a direct personal experience of an event that involves actual or threatened death or serious injury; threat to one’s physical integrity, witnessing an event that involves the above experience, learning about unexpected or violent death, serious harm, or threat of death, or injury experienced by a family member or close associate. Memories associated with trauma are typically explicit, coherent, and difficult to forget.

In this threadbare definition, there is a massive, unexplored blindspot in the words ‘personal experience’. What is experience? Is it that which happened or that which was felt? Can it be limited to unpleasant events that scream the loudest? Or mustn’t it also include areas of uneventful, subtle experience, such as the seamless sense of wellbeing, belonging, peace and harmony? When nothing stressful is happening, is there not also experience? Is it not this natural state that has been traumatized, and that now has become identified as a no-go zone, a source of potential danger?

After trauma, the greatest threat is not the repetition of the trauma, but the reemergence of unguarded naturalness, for this is subconsciously identified as the cause of the disaster. This is how traumatic shock disconnects us from our greatest healing resource — True Nature. This is also why we are compelled to repeat the traumatic formula. For all its suffering, the repetition of the traumatic formula feels less threatening the original shock to naturalness.

Imagine you are a small child, sitting on the floor, watching children’s TV. You have a plate with a sandwich made by your mum next to you, and your favorite cartoon is showing. Suddenly, there’s a loud crash and commotion in the kitchen. You hear your mother screaming with anger and fear. A man which is your father stumbles into the room, says “hello” in a drunken voice, and falls on top of you. Shocked and in pain, you try to extricate your legs from beneath him, and as you do, he rolls over with his cheek in your sandwich. He fixes you with his wild, drunken eyes, and smiles, cynically. “Hello, child of mine,” he says. Your mother comes from behind and picks you up, hurriedly taking you upstairs to wait in your room. Memory goes blank.

What has been traumatized? What dimension of experience has been shocked so badly that from now on, it seems forever unsafe? Peace, harmony, relaxation, home, and wellbeing have now become a danger zones.

The answer is not found in the structure of personality. Because when you are a child there, sitting in a pool of seamless wellbeing and naturalness, you’re not identified as a person. You’re in a kind of experiential unity with the environment. You are in undefended one-ness and harmony, and this is where the shock of the bad thing happened. In experiential terms, this very harmony now becomes identified as the cause of the trauma.

When someone is suffering trauma, it is some aspect of naturalness or True Nature that has been shocked. It has been shocked so badly that the positive resource — the naturalness, peace or sense of wellbeing — is now subconsciously identified as a source of the threat. It’s not safe to relax; it’s dangerous to experience wellbeing; or naive to eat a sandwich in front of the TV (without having one open for an aggressor). Part of our natural, living resource has become the trigger — a trigger so sinister that we will often seek relief through the repetition of trauma — to make it happen in a form we can contain — rather than risk being shocked again in an unguarded, natural state of being.

Seeking to protect the whole system, the mind steps in with strategies. In a state of fear, thought defaults to binary structures. These polarized thought forms are saying that it’s either-or: either wellbeing or violence. As the violence previously had the power to trump the wellbeing, violence wins. The mind opts for the violent, unsafe baseline of ‘reality’. Undefended wellbeing is no longer an option.

The worrisome factor is that many therapists, without realizing it, will reaffirm the traumatic state by continuing to give suffering and dysfunction a status which has the power to disconnect us from living resources. Seeking to ‘get rid’ of the traumatic symptoms, they feed into the either-or structure of thought. Often, wellbeing will be viewed merely as a pleasant byproduct, which may or may not emerge when a personality is temporarily restored to a degree of functionality.

We are all drastically conditioned by the software of suffering. We are disappointed in love, so we keep a sense of disappointment and discard love. We are rejected in our friendliness, so we keep the sense of rejection and throw out the friendliness. We are angry at God, so we throw out God, and preserve the sense of rage. We grieve our beloved, so we keep the grief and deny the beloved. In the first instance, therapists need to find and prioritize the source of wellbeing within themselves and to rest in it as much as possible, throughout the consultation.


It’s possible to be in wellbeing and suffer at the same time: indeed, that while suffering rises and wanes, the sense of wellbeing is continuous. It’s not either-or — as dictated by traumatic shock — it’s and-and.

Then a therapeutic approach can emerge that can facilitate the relaxation that the client needs to rise above the either-or slavery of the binary mind. Someone in psychological distress needs to begin, even for a moment, to experience the possibility that wellbeing has not been lost, that it’s still here, existing quietly in the background to all experience. With some encouragement and practice, they can notice that it’s possible to be in wellbeing and suffer at the same time: indeed, that while suffering rises and wanes, the sense of wellbeing is continuous. It’s not either-or — as dictated by traumatic shock — it’s and-and.

Nondual Therapy will introduce this experience through techniques such as weaving through the timeline. For example, noticing the wellbeing that was there prior to the traumatic incident, and noticing wellbeing that has been there (although now, not consciously acknowledged) since the traumatic incident. It will help deconstruct the traumatic formula by encouraging the felt sense of its key weapons: ‘for example, the felt sense of shock; the felt sense of denial; or the felt sense of repression. These are just feeling sensations arising in the field of wellbeing. They do not have the authority to manipulate and reorganize reality. The more this is experienced in moments by the client, the more the client is able to soften to the world of experience, realizing that the dictates of psychological slavery and harmless patterns of feeling. Consolidation grows as each moment of insight and understanding releases a sense of reward that further encourages the nerve system to reprogram its identification of danger.

Trauma healing does take time, but the game-changer is the identification of how the core separation from naturalness is located within the naturalness itself. After that, the process of transformation, which involves the spontaneous reorganization of thought patterns and stress responses, happens with a life of its own, rewarded by a sense of wellbeing with every fresh breath of air. 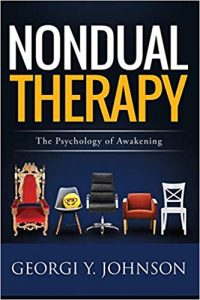 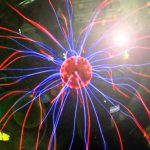 Yes, we can sense Magnetic Fields 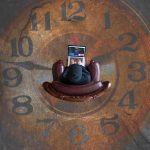 Collective Trauma and the ACE Agenda